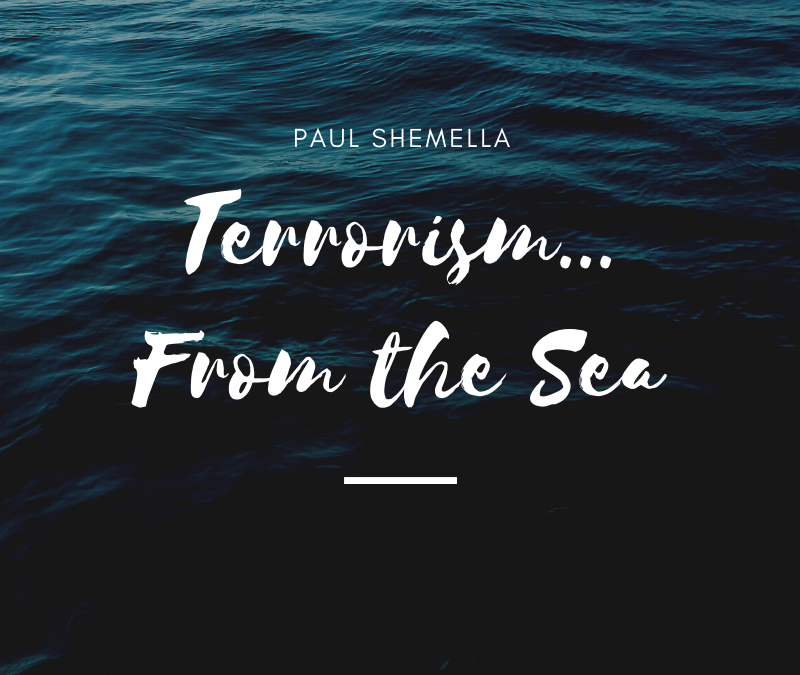 Maritime terrorism is difficult to pull off. Attacking targets at sea – or using the sea to access a coastal target – requires special skills and logistics that most terrorists do not have. But some do, and others can learn. The sea connects more than two hundred coastal nations and islands around the globe. The United States, ranking only ninth in the world, has twenty thousand kilometers of coastline. Number one Canada has ten times that. Once at sea, terrorists can attack targets ashore almost anywhere, making citizens and their governments feel the effects of unexpected violence. The best example of such an attack might be Mumbai in 2008, where a handful of dedicated terrorists came into the port and wreaked havoc on the city. But terrorism is more than just attacking people and property; it is about theater.

The blockage of the Suez Canal in March, though not a terrorist attack, called attention to what might happen if terrorists were able to strike a strategic waterway within instant camera range. World commerce was disrupted significantly, and Suez was in the headlines for more than two weeks. Suez is a sea-level canal, difficult for even specially trained terrorists to damage. However, the Panama Canal, with its locking systems and dams, presents a tempting target for international terrorists. No nation has the incentive to see the Panama Canal blocked or damaged; all of them benefit from using it. But terrorists that wish to rock the world would benefit from taking it down.

In my new novel, The Dictator’s Revenge, the Panama Canal becomes a giant target for drug traffickers and terrorists. Having lived right alongside the canal for two years, I have always been worried about the vulnerability of this most American strategic waterway. Since we put Manuel Noriega on the airplane to Florida in 1990, I have wondered how he could take revenge against the governments of Panama and the United States – even from prison. This story is about what might have happened but did not. The Dictator’s Revenge is the third book in what I call The Jungle Rules Trilogy. It is a prequel to the first book, Jungle Rules, set in Panama five years before the first book (I wanted to bring back all the original characters, some of whom did not make it to the end of the second book, A More Perfect Union).

Maritime terrorism is a low probability but high impact form of political violence. The United States – and all other maritime nations – must conduct risk assessments that guide political and military preparations for an event that would shake the very foundations of democratic order and world trade.

The three novels of The Jungle Rules Trilogy can be read in any order. The stories fit together seamlessly as part of a seven-year saga of courage, loyalty, and love.